Fongoli Chimps To Be Featured On the BBC's Dynasties Series!

Narrated by Sir David Attenborough, this series follows different animals as they struggle with their own dynasty...

Dynasties airs, with Chimpanzees being the first episode, on November 11 in the U.K.

Here are some links to the video trailers!

Former alpha male David is the star of the Chimpanzee episode, which features the Fongoli chimpanzees.

The series will air in January in the USA... (photo of David courtesy of the BBC) 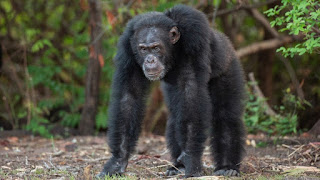 See if you can ID some of the Fongoli chimps in the film!

Posted by savannachimp at 2:02 PM