Research stemming from our 13-year study of the Fongoli chimpanzees is part of a data base to examine factors influencing lethal aggression in chimpanzees and bonobos. Thirty authors representing 22 different chimpanzee and bonobo study groups contributed to this first major attempt to statistically analyze the variables that influence killing in these apes. Chimps are one of the few animals besides humans that kill outright members of their own species. Among primatologists, two major camps have had opposing views: One explanation is that these lethal events are abnormal for chimps and represent the effect of human influence, either through habitat destruction or provisioning such that abnormal levels of competition produce such killing. The other major explanation views lethal aggression as a natural part of chimpanzee nature, such that it is an evolutionary adaptation that contributes to the reproductive success of some individuals (the aggressors).

Our paper found evidence to support the adaptive explanation but not the human influence explanation. Moreover, chimpanzees from East Africa (a different subspecies) were significantly different regarding the rates of these lethal events compared to chimps living in West Africa and compared to bonobos. Fongoli chimpanzees are of the West African subspecies, and lethal aggression is rare among these apes. This analyses goes far in providing evidence to support the hypothesis that lethal aggression is a natural part of a chimpanzee's life, at least in East Africa. However, we would ideally like to support the hypothesis with data showing that individuals that killed others exhibited significantly higher reproductive success. Additionally, our measures of human disturbance look at current conditions for the chimpanzees and bonobos studied. Humans and these apes have been co-existing for millennia, and it is difficult to say how their current populations have been shaped in the past - especially the recent past - by the behavior of humans.

Here are a few links that provide more info on the study: 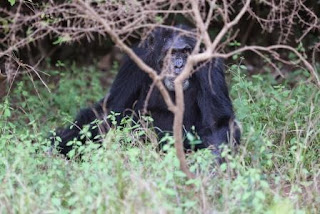 Posted by savannachimp at 3:57 PM No comments:

We've got 2015 Fongoli chimpanzee calendars available for purchase! $15 each & for every one ordered, we will purchase one to be handed out in Senegal. Checks can be made out to Neighbor Ape & sent to 1216 Burnett, Ames, IA 50010. Or, email jillpruetz@yahoo.fr 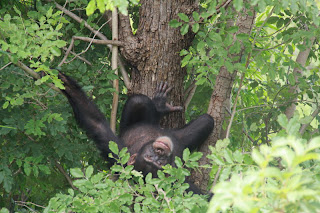 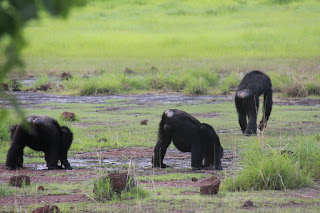 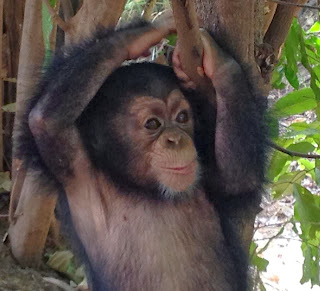 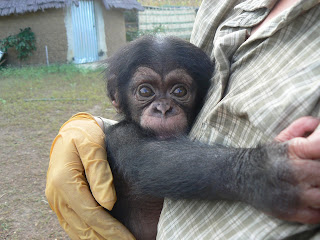 Posted by savannachimp at 3:09 PM No comments: